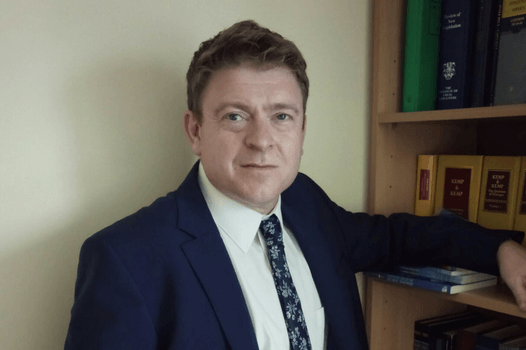 News and insights from our Personal Injury team.

Electric scooters - is the law ready for the transport revolution?

The Government has announced the use of electric scooters could be trialled on our streets as early as June 2020. This was something that was always in the offing, but the fact this was announced as part of a Coronavirus update, and trials are taking placer a lot sooner than anticipated, suggests the use of these scooters for work and leisure, could become part of the post-pandemic “new normal”. A recent article in the Daily Telegraph even asked “are electric scooters ready to take over from cars?” (Answer…no.)

Electric scooters are  already becoming undeniably popular with more and more appearing on streets across the United Kingdom. However, as things stand,  e-scooters are actually illegal to ride on UK pavements and roads. Indeed, anyone caught riding an electric scooter is liable to face a £300 fixed-penalty notice and six points added to their driving licence.

It is this that is set to change, with the trials, allowing e-scooters to be used on pavements and cycle lanes.

Whilst this may be greener, and offer an alternative to crowded public transport, will it be safe?

E-scooters can reach speeds of more than 30 mph – and have been deemed only safe enough to use on private land or property. The safety of electric scooters were called into question in July 2019 with the tragic and high profile death of the Youtuber and Channel 4 presenter Emily Hartridge who was killed whilst riding an electric scooter through London.

It is possible that our pavements and cycle lanes will become overly congested with the addition of electric scooters. As addressed in a previous blog, the Conservatives pledged £350 million to building cycle lanes. These  could in theory incorporate electric scooters. But this work hasn’t been carried out yet, and with obvious pressures on the Exchequer, is less likely to be. We have all seen the increase in the number of joggers and people walking for exercise. Adding another category of speedy and weighty electric scooters to an under developed infrastructure creates the risk of collision and injury.

It is envisaged the electric scooters will be part of a rental scheme. Across some cities in Europe this has led to the scooters being “dropped off” on pavements and cycle lanes creating tripping hazards. It is difficult to imagine how anyone could be held liable for this if for example a partially sighted pedestrian or jogger were to fall over a scooter blocking a pathway. It is unlikely the Highway Authority could be liable as their responsibility focusses on the fabric or condition of the Highway itself, and unless there is a sophisticated tracking system, it would be almost impossible to identify the user. One option is for there to be a designated drop off and charging point, but again, is the infrastructure in place for this and would users abide by this?

There should also be some consideration as to how safe are the scooters. Thanks to their partial motor, e-scooters are classified as Personal Light Electric Vehicles (PLEV) by the Department for Transport (DfT) and so are already subject to all the requirements of a motor vehicle such as MOT, tax and licensing requirements including visible rear red lights, a number plate, and signalling ability. Presumably though this applies to individuals who own their own electric scooters. It is not clear what the position is where the vehicles are part of a rental scheme. How closely will the companies providing the rental scooters be monitored as to roadworthiness and who is responsible, the driver or the rental company, if injury is caused to a pedestrian due to a defect in the scooter? It is anticipated parallels will be drawn from car rental cases, but it remains an additional point that needs to be addressed.

The earlier than expected announcement to trial electric scooters has arisen from the extraordinary circumstances we are in. There are concerns as to whether the infrastructure is in place to accommodate an additional category of road user and also whether the technology is advanced enough to ensure the safety and appropriate monitoring of the companies renting the scooters. The Highway Code may need to be updated. Separate sections already apply to mobility scooters, cyclists and motorcyclists. Which is the closest parallel to electric scooters that courts should turn to when apportioning liability in cases of injury?

Of course, some of these questions may be answered or at least addressed in more detail once the trials are up and running. That is the very purpose of these trials, but the introduction of electric scooters will certainly add an extra dimension to the consideration of liability for injuries on Britain’s roads and highways.