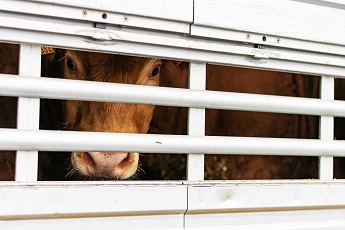 Proposed changes to the transport regulations for poultry and livestock

A consultation by the Department for Environment, Food and Rural Affairs (“DEFRA”) into proposed changes to the Regulations governing animal welfare in transport closed in February 2021 and has provoked much debate within industry. Rebecca Ironmonger from the Regulatory Team at Roythornes Solicitors explores the potential impact that the proposed changes to the transport requirements may have on the slaughter industry if they are made law.

What are the proposals?

DEFRA proposes to reduce excessive journey times and to prohibit the transport of animals where the temperature is below 5 degrees and above 25 degrees Celsius (poultry) or 30 degrees Celsius (all other species).

Under the DEFRA proposals, maximum journey times for broiler chickens would be reduced to 4 hours, pigs to 18 hours and cattle to 21 hours. Any journey which would ordinarily take longer than 4 hours would be required to be broken by a 48 hour rest period for all species except cattle, which would require a 7 day rest period.

The temperature restriction proposals would prohibit all journeys where the external temperature is below 5 degrees and above 25/30 degrees unless the vehicle had the capacity to regulate the internal temperature to remain within the permitted range.

Climate change will only increase the number of days where the temperature would be considered extreme.

The impact of these proposed new rules will be far reaching.

If the proposed changes become law, then the poultry slaughter industry is likely to be most adversely affected. The changes to journey times will mean that those poultry slaughterhouses who receive birds from areas more than 4 hours drive away from their plant (be this from their own farms or external suppliers) will need to identify new sites for their own rearing operations or identify new suppliers within the 4 hour radius. Those abattoirs in close proximity to the farms that supply them could stand to benefit on the basis that they will not be required to make expensive changes to their current business models.

The temperature proposals will undoubtedly have a huge impact on poultry slaughterhouses. As journeys will not be permitted outside the prescribed temperatures, then on days where the temperature is below 5 degrees or above 25 degrees, poultry will not be capable of transport to the slaughterhouse. This could not only result in poultry meat supply issues during warm and cold weather but moreover it presents a very real risk to animal welfare on the basis that animals which are due for slaughter cannot be transported for that purpose. Both the British Poultry Council and the National Farmers Union have raised concerns on the basis that the proposed changes will have a significant impact on animal welfare if implemented.

In order to ensure regular supply chains, slaughterhouses may need to consider investing in transport vehicles which have internal temperature regulation or contracting with transport companies whose fleets have such vehicles available. This will inevitably lead to higher costs, which will ultimately be borne by consumers.  Whether anyone has assessed the carbon footprint of the use of such vehicles to transport livestock is anyone’s guess.  It seems somewhat ironic that the so-called solution for the transportation of livestock and poultry in extreme weather is to require the use of vehicles which are known to contribute significantly to CO2 emissions.

DEFRA are currently considering the responses to the consultation as the industry awaits to hear which of the original proposals will be taken forward.