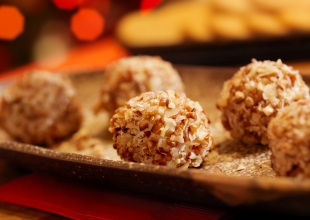 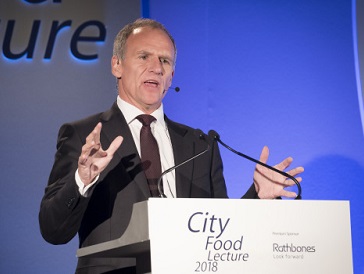 2018 Saw the continued sponsorship by Roythornes of the City Food Lecture - the leading annual event for the food sector.

Tesco boss Dave Lewis said he is talking to the government about creating a “closed loop” of packaging, as part of a new sustainability campaign.

Lewis told the City Food Lecture he is considering how to use Tesco car parks as recycling sites for binned packaging, which can then be re-used in stores.

Lewis said: “We’re reaching out to government to have a truly national infrastructure… to use the car parks of our large stores to collect those materials and then use that material back into our supply chain in order to create a closed loop, a circular economy in terms of packaging and actually work with suppliers to bring more of that recycled packaging back into our business.

“It’s a fundamental change in how we think about it. It will require us to work with government on the national infrastructure, but it’s eminently do-able if we decide we want to do it.”

In front of an audience of 700 leading industry figures at London's Guildhall, Lewis sought to affirm Tesco’s commitment to a new paradigm of sustainability on all fronts, making some admissions on the retail giant's past practise, stating previous relationships with suppliers had been “very confrontational”.

Speaking about the Tesco farm brands controversy, Lewis said he understood the anger over their marketing ploy to use non-existent farms on packaging.

“I do understand the debate. There are very many examples in the history food production in the UK where actually a brand has been used for a quality level, where the sourcing of that brand has not been farms that were owned, but they have met quality standard, and that’s what we’ve done in the food industry historically.

“I think it was very interesting in the response that we got, but our approach to branding of food was not at all dissimilar to any of our competitors.”

Lewis was also regretful about the supermarket’s past treatment of suppliers, saying “it was not pretty”.

“At Tesco three-and-a-half years ago we had got ourselves into a very difficult spot. It was a very confrontational relationship. We got ourselves into a method of buying which was about marginally moving our volume between suppliers and using it as a negotiating tool.

“It’s not pretty and not what we wanted to do. Over the last three and a half years we set about changing that. We made commitments to long-term partnerships with a number of key suppliers.

“There have been some fantastic examples of how it is we have committed ourselves to much longer-term deals and partnered to take volatility out for our farmers by committing ourselves to taking 80 per cent of the volume under any circumstances. Working across suppliers to take the whole crop, using different specifications of the crop in different areas,” Lewis said.

A video of the Lecture can be found here: http://www.cityfoodlecture.glasgows.co.uk/2018/