"I have been blown away by the firm’s culture and ethos." 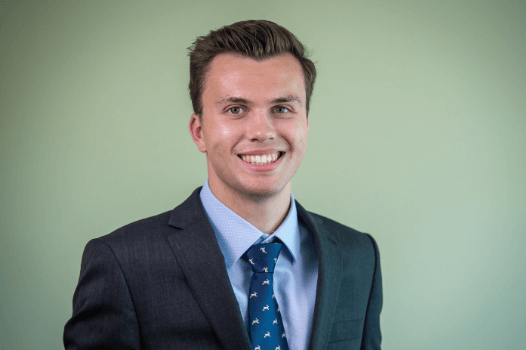 Having grown up and been educated at school and university in Norfolk, I was very keen to do some national sightseeing by ensuring the next stage in my life/career was further afield. Instinctively, I was drawn south of Norfolk to Cambridge and London and focused on completing work experience with firms based in these areas. However, I became aware of Roythornes at the UEA Careers Fair and was immediately struck by how distinctly different the firm’s approach to prospective trainees was. They were proactive, engaged and took a genuine interest in the students and their development. This, for me, was one of the main things which set Roythornes apart from other firms I was considering applying to.

As a result of this, I attended the ‘At Home with Roythornes’ event where my initial impression of the firm was confirmed and enhanced. It was clear they have a strong interest in trainee development and do not view the training contract as just a process to qualification but as the start of a full career with the firm. As a result, the investment in their trainees goes far beyond financial assistance (such as contributing to the cost of the LPC), to include significant one-to-one supervision time and providing a thorough training programme. This investment in personal development is also reflected in the level of responsibility and exposure to high calibre work afforded to trainees.

Now I have commenced my training contract, I have been blown away by the firm’s culture and ethos. From day one, you are treated as part of the team, and are actively encouraged to become involved in social and networking events. This team cohesion and unity helps you immediately feel settled – which was particularly important to me having just relocated to a new area.

I undertook my first seat in Private Client, a team with an extensive client base and knowledge. From day one I was drafting wills, trust deeds and undertaking complex tax research. Following six enjoyable months in that team, I have recently joined the Commercial Litigation department for my second seat.