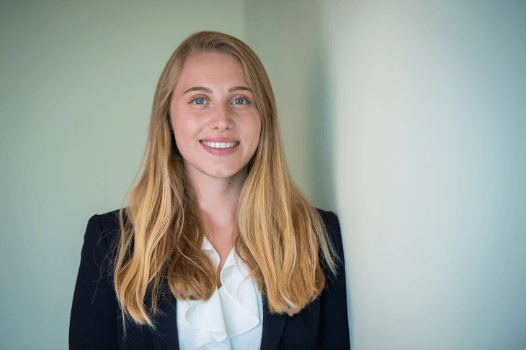 "I couldn’t have asked for better support from my colleagues."

Being originally from Northampton, I became aware of Roythornes at the UEA Careers Fair during the final year of my law degree. I was immediately struck by how approachable and friendly they were and noticed that they had a different attitude towards trainee recruitment compared with other firms at the Careers Fair. Instead of asking about my grades and why I thought I would be a good candidate for a training contract, it was clear from our conversation that they really wanted to get to know me as a person. This was one of the initial things that made Roythornes stand out from the other firms I was applying to.

As a result of the Careers Fair, I attended the “At Home with Roythornes” event and it was at this point I knew that Roythornes was the right choice for me. The atmosphere was friendlier and more relaxed than other open days I had attended and this allowed me to really get a feel for the firm and its ethos. It was clear to me that there was a real interest in trainee development and it cemented my experience at the Careers fair, that they really cared about getting to know you as a person.

I was also really impressed with the application process; at other firms I had applied to there were psychometric tests and a written application to pass before even getting a first interview. At Roythornes, however, I had contact with someone from the firm at every stage, from the initial “At Home with Roythornes” event to the phone call informing me I had been successful, which was refreshing. Having secured a training contract with Roythornes I received funding to complete my LPC the following year.

I have just completed my first seat in the Litigation department, where I was pleasantly surprised by the amount of responsibility I was given from day one and how I was really made to feel a part of the team from the very beginning. I was initially apprehensive about joining such a fast-paced department for my first seat, but I couldn’t have asked for better support from my colleagues and there was not a day that went by where I didn’t learn something new.