Opinion and insights from Roythornes

Lincolnshire roads are renowned by locals for being particularly dangerous with 56 deaths and a total of 2,533 casualties occurring on them in 2018 alone.

Whilst Lincolnshire is one of the few counties without a motorway, it is in fact the many A roads and local B roads that prove most dangerous. Over the whole of England, there were nearly 6% more casualties reported on A roads than motorways in 2018 and 94% more fatalities. More worryingly perhaps is that, although the total number of casualties on both motorways and A roads has decreased since 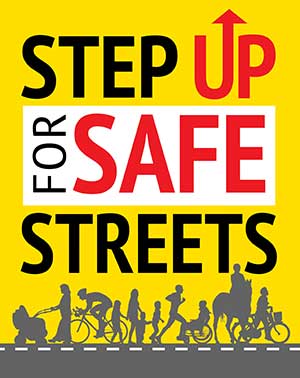 2010, the number of fatalities on A roads has actually increased by nearly 14% -  proof that it may not be the travelling speed that impacts upon road traffic accidents and their outcomes.

Whilst we live and work in an area primarily of agriculture, with Greater Lincolnshire responsible for growing 12% of England’s food, the belief that an increased number of agricultural vehicles largely contribute to these casualties would be incorrect.

We might be driving increasingly high-tech cars these days with inbuilt cruise control, crash warning alarms and automatic braking but, ultimately, the responsibility is down to us as road users to drive diligently and responsibly.

Members of the Personal Injury team here at Roythornes are, once again, proudly supporting Road Safety Week. We continue to represent individuals as well as families of those who have lost loved ones due to road traffic incidents. Unfortunately, these life-changing injuries and deaths are all too often as a direct result of another road user’s negligence.

Organised by Brake, their Road Safety Week theme this year is “Step up for Safe Streets”; a focus on both safe and healthy journeys. It is their (and our) belief that the road transport network design, as well as safety technology in vehicles, can assist in providing safe journeys and reducing human error. In addition, our health can be improved if we take alternative transport instead of a car in light of these safer systems.

If you are interested in joining us in our support for Road Safety Week from the 18 - 24 November, why not head over to the Brake charity website to see all the great events happening across the UK: http://www.roadsafetyweek.org.uk/.