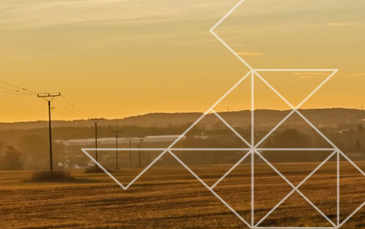 Opinions and insights from our Private Client team

Insights from our Private Client team

We have all experienced a delay in registering a Lasting Power of Attorney (LPA) with the Office of the Public Guardian (OPG) which, in most cases, is purely down to the department trying to cope with the steady increase in applications; they no longer seem to be able to keep to the suggested lead time of eight to ten weeks.  However, for some, the delays arise from the Public Guardian making applications to the Court of Protection (the Court) for a request to remove the donor’s (the person giving the power) wording; this is known as a severance application.

Once an LPA is signed, neither the OPG nor the donor can amend it.  Should the OPG, therefore, following his review of the application, consider that any provision or statement within the LPA renders it invalid, the Public Guardian can apply to the Court for severance to allow registration.

In a recent published judgement, precedents were set by the Court on seventeen applications to do with donors’ provisions.  This should have the effect of greatly reducing the number of times the Public Guardian will need to apply to the Court for severance, therefore speeding up registrations.

This judgement has given us, as lawyers, an insight as never before into the Court’s interpretation of the law in respect of severance applications. The lesson learnt is one of caution in drafting and capturing a donor’s feelings and wishes correctly. The sections provided in the LPA for restrictions, conditions and preferences need to be skilfully drafted. The Court has demonstrated that a preference can generally stand; and that errors made by donors can be accepted when their written directions are incorporated clearly.

Within his judgement, the judge raised his own concerns about donors completing home-made LPAs, making the point that the Mental Capacity Act 2005 (MCA 2005) places binding restrictions on the authority given to any attorney. This includes the authority to make gifts on behalf of the donor, or the powers given to the Court to remove an attorney should they act in breach of the MCA 2005.

We can only hope that the seventeen donors were thanked for their patience.  In light of this judgement, the Public Guardian should now have the confidence to register more LPAs and allow statements that reflect each donor’s personal wishes and feelings to remain.

At Roythornes, we offer expert advice and support in drafting LPAs and making applications for registration on a fixed fee basis. Due to the complexities of the MCA 2005 requirements and recent judgements, our team can draft your LPA to reflect your feelings and wishes alongside the requirements of the law.