On the 10th of March I’ll be running around London in a half marathon - more specifically, the bit around the Thames that you see at the end of Eastenders. The reason? To raise money for the charity Action Against Medical Accidents or “AvMA”.

AvMA provides support, advice and assistance for people who have suffered injury as a result of avoidable negligent healthcare. This is achieved by working alongside patients, solicitors and healthcare professionals.

The training has not been without its difficulties. A colleague once described me as a “pie and a pint sort of man” which tells you I haven’t got the natural physique of a long(ish) distance runner.

Two weeks into the training a shooting pain at the bottom of my foot prompted me to self-diagnose courtesy of the internet. I learned from various running blogs

that I had plantar fasciitis, a condition common amongst dedicated runners. (Brad from Oregon advised it was a price you had to pay for “the joy of hitting the open road.”)  That was OK then.  I, along with the international running community, was a seasoned athlete with all the trials and tribulations this entailed. I was brought down to earth when my wife e-mailed me a link informing me, “Plantar Fasciitis is a condition found primarily amongst middle aged, overweight men.” She claimed afterwards she hadn’t read the article but I remain unconvinced. 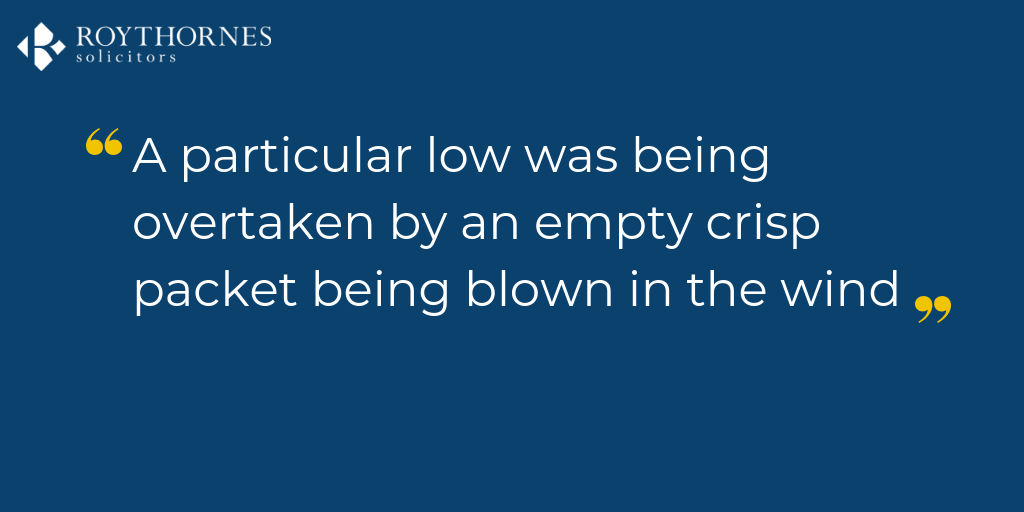 The dark nights haven’t helped either which have meant pounding around the local unlit running track with a head torch - looking like a confused coal miner in shorts. The cider-guzzling teenagers at the side of the track probably had a more colourful description for me but I kept my headphones in and remained oblivious to their taunts. I only “engaged” with them when they started taking the mick running round the track with me. This ended with me being completely puzzled as to why they referred to the police as the “Feds”. “You live in rural Lincolnshire, you clown, not the Bronx”. My English-teaching wife later told me this was something to do with “Multi Ethnic Youth Dialect” but I can’t be completely sure. I was still sulking from the Plantar Fasciitis link she’d sent me and wasn’t listening properly.

I’ve pressed on however and prior to the race have exceeded the 13 mile mark twice although on both occasions the last stretch was slow and uncomfortable. A particular low was being overtaken by an empty crisp packet being blown in the wind. And no, it wasn’t a particularly windy day. But despite all my gripes, I am more than happy to raise money for AvMA.

At Roythornes, I have spent over 15 years representing claimants in medical negligence cases. A common thread amongst all those cases is that the lives of patients and their families have been turned upside down as a result of incidents that should have been avoided. Those patients need the right guidance to ensure they achieve the best rehabilitation, are compensated adequately and, as far as is possible, are put back into the position they would have been in if the negligence had not occurred. This does not mean I am not a huge fan of the NHS.  I have friends and family who work within it and I remain of the view it is one of this country’s greatest achievements.  That said, as with any professional service, if people suffer loss or harm as a result of avoidable errors, it is only correct that remedies are available.

So, on 10 March, I’ll limber up to set off around the Thames to help a worthy cause. Hopefully, within two hours of the start I’ll be already putting my feet up somewhere, enjoying a pie and a pint.

You can sponsor Rob here