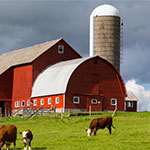 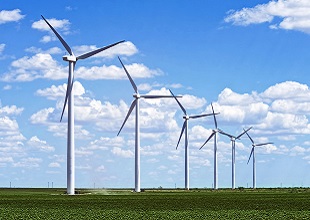 "Animals are the main cause of fatal farming incidents"

Living and working in a farming community, we have close client and personal connections to the agricultural sector. The enjoyment and safety of living and working in this sector is therefore something in which we, as individuals and as a law firm, have a keen interest. 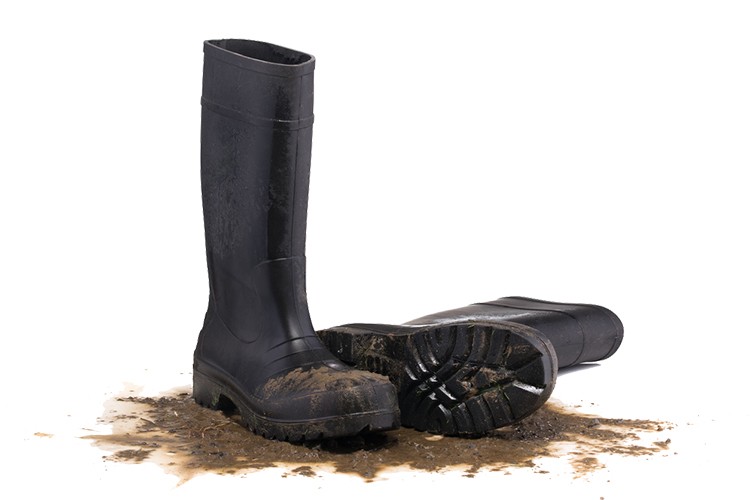 Despite greater awareness of the potential dangers, helpfully raised by organisations such as the HSE, and legislative developments relating to health and safety to help prevent injuries and casualties in the agricultural sector, there continues to be an increase in casualties.

The HSE states that the number of fatalities tend to fluctuate year-on-year due to ‘random variation’, and it is therefore useful to look at the five-year average figures to see more of a trend. These are included in the HSE’s report: http://www.hse.gov.uk/agriculture/pdf/agriculture-fatal-injuries-1718.pdf.

Over a five-year period, a total of 12 members of the public have been fatally injured, five of whom were children.

This year’s figures show that the main cause of death was due to being injured by an animal. The figures are somewhat surprising, with this year’s figure being eight people in comparison with two people last year.

These are listed below in descending order and are generally the same when compared with the five-year annual average. 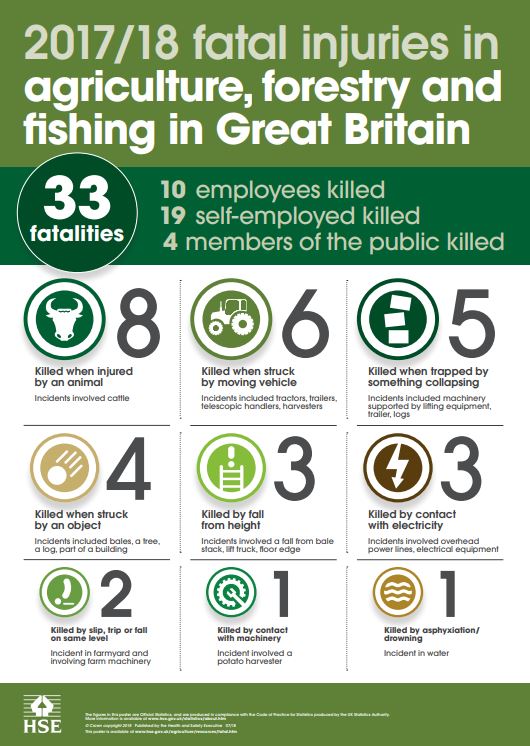 How we have helped

Our Personal Injury team acts on behalf of individuals injured at work or as members of the public. Injuries sustained relevant to the agricultural sector are included in the work we do.

Our client was driving her vehicle on an A-road when a heifer wandered into her path and collided with her vehicle.  She suffered physical injuries as well as an acute stress reaction. We successfully pursued the keeper of the animal, under the relevant statutory law, for allowing the heifer to escape.

Whilst at work, our client was struck by an electric truck operated by a co-worker, crushing his left ankle. Our client also fell onto his shoulder, resulting in further injuries. Employers have a duty to protect the health, safety and welfare of their employees and must do whatever is reasonably practicable to achieve this, including providing competent fellow employees. We relied upon this to ensure our client was compensated for his injuries.

Our HGV driver client was unloading a wooden trailer. The wood had rotted and gave way, trapping our client and snapping his leg. We were successful in securing compensation for him, establishing that his employer had breached the regulations which require safe equipment to be provided at work.

Our client sustained injuries to her head and shoulders when, whilst at work, she was struck by an insecure fence panel taken by a strong gust of wind. The claim was complex as it involved multiple defendants. Our client was employed by an agency (employer); the accident occurred on the premises of another employer (occupier); and external contractors constructed the fence panels. The claim was successful against our client’s employer confirming that its obligations had been breached.

Our client was disposing of boxes into a high sided skip, using a mobile ladder.  His colleague was lifting boxes to pass to him and, as he did so, one of the boxes hit the side of the skip causing the ladder to fall.  Our client suffered a significant ankle injury which required critical, emergency surgery. We successfully demonstrated that the employer failed to give any proper instruction or training and that the workplace equipment was unsafe. In addition to a compensation award, we secured extensive rehabilitation for our client which was privately funded by the defendant.

With these high numbers and rates of fatal injury in mind, current guidance and essential information on health and safety in agriculture is available at www.hse.gov.uk/agriculture.

If you have an accident at work, in the agricultural sector or beyond, our specialist Personal Injury team will be happy to assist.