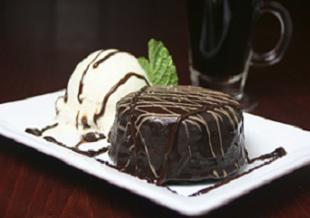 If you listen to the headlines you will be forgiven for believing that we will all be replaced by robots within the next few years. But how does the reality compare with the hype and how well has the food sector embraced this emerging technology?

As we approach Brexit, we are told that robots will be picking and sorting all of the crops when the migrant workforce shrinks.  Whilst it’s probably true to say that this will happen one day, the development rate of robotics in agriculture is such that easily affordable robots that have the ability to autonomously pick and sort produce in the field remain a few years off.  Soft fruit in particular is a challenge although inroads have been made into machines that can harvest strawberries and other top fruit, see here.

In addition, UK productivity levels remain stubbornly low when compared with other nations and robotics is seen by some as a way of improving this to become more competitive on a global scale.

Despite these drivers, the UK is a low adopter of robotic technologies.  In 2018 the forecast sales/shipments of multipurpose industrial robots in the UK will amount to 2,000 compared with 44,000 in Japan; 21,500 in Germany and 4,500 in France.  (International Federation of Robotics)

So with an already low adoption rate, how does the food sector match against other sectors?

Again, the implementation is low.  Between 2012 and 2014 the food sector installed a very small number of units when compared with the well-established automotive and technology sectors.

The reasons for this slow take-up could be many, from unrefined technologies to tighter profit margins.  Add to this the culture of short-term contracts in the food sector making businesses reluctant to invest in what can be expensive capital items, and there seems to be little incentive for the sector to get on board.

But there are great benefits to be gained by firms that invest in robotics in the right place.  As an example, in a business that turns over £200m, the average yearly labour costs associated with handling and weighing dry ingredients has been estimated at a staggering £4m+ (OAL Automation).  Installation of simple robots at the ingredient end of a production line in a firm of this scale could soon pay back – no more individuals scooping materials into silos by hand, no more cross-contamination worries and absolute reliability in terms of the weight of ingredients used.

Likewise, the installation of vision-processing robots to read the bar codes and sell-by dates on labels before they leave the factory could potentially save tens of thousands in potential product recall costs for a relatively small investment.

So by going for the ‘low hanging fruit’ rather than thinking its factory has to be fully automated, a business could dramatically improve its productivity and reliability, whilst reducing labour costs.

It’s not for everyone, but as the technology advances and costs reduce, the appeal of using more automation in the food sector will increase.  Those firms that take the initiative now and start with the easy wins are likely to see the quickest returns and be more willing and able to take advantage of new developments as they emerge.