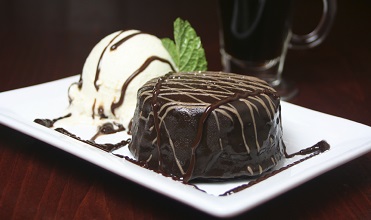 Can independent grocers avoid the chop?

The pros and cons for an increasingly centralised food market have been and will continue to be well discussed and analysed. Concerns over job cuts, reduced competition and a lack of innovation are mulled over and debated with vigour in a retail environment where a very small number of companies have a huge market share.

These concerns are relevant and often well-founded, but large scale supply is a necessity and will often allow a business to broaden its range. It is clear that the industry needs to work towards equilibrium, supporting smaller and independent businesses, innovation and competition while ensuring that large-scale demands are met.

Recent news that planning applications for the New Covent Garden Market revamp have been submitted highlights a focus on modernisation that may be an important piece in the puzzle for success among independent grocers and traders.

When the market moved to Vauxhall in 1974, traders at the site were operating in an environment where the multiple retailers had yet to assert a completely dominant position in the UK, which came in light of the recession in the early 90s.

The market still supplies 40 per cent of the fruit and veg eaten outside of the home in London, and many of the capital’s top restaurants source some of their produce there.

However, independent grocers are no longer perceived to be the torch-bearers for provenance and simple ‘farm to fork’ traceability chains by shoppers. The advent and promotion of direct supply to retailer distribution hubs and dark stores combined with online shopping have put pay to that advantage. These same traders are seeking to compete in a retail environment where convenience and value drive success. As it stands, discounters are eating away at the lower prices offered by local grocers and the larger supermarkets offer unparalleled convenience.

Wholesalers are also on the charge, upping sustainability practices wherever possible while increasingly focusing on local produce, provenance and expanding their ranges to offer more luxury goods.  Improved storage facilities, better and more efficient transporting of goods, and co-operative practices which can include buying and transporting on a larger scale, are options which will help lower operating costs and provide independent traders with the ability to increase margins or lower sale prices.

It is vital that the food industry remains as diverse as possible to foster competition and improve variety for consumers. A big part of this will depend upon the prevalence of independent businesses and every opportunity to support such traders should be capitalised on.