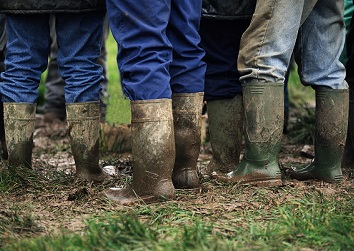 Supreme Court judgment: what now for the Agriculture Bill?

The constitutional ramifications of today’s Supreme Court judgment will be debated and commented on for years to come. Of immediate interest to farmers and everyone involved in agricultural policy-making is what the Court’s judgment means for the Agriculture Bill. The Agriculture Bill was, until the decision of the Court today, a casualty of the purported prorogation of 9 September (confirmed by the commentary on the parliamentary website, pictured). 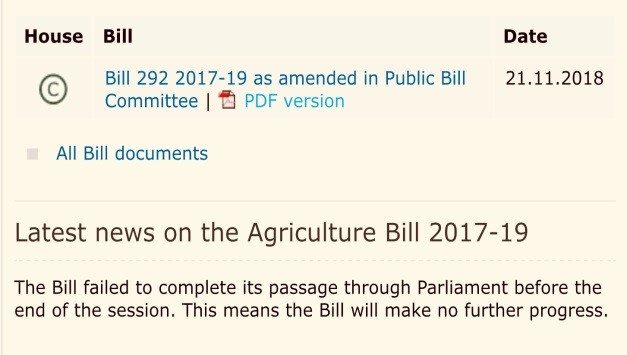 In some ways, the issue is simple. If the Court’s decision is that Parliament was, after all, not prorogued on 9 September, then the Agriculture Bill did not fall. It is still current and is still making its way, in its amended form, through Parliament.

What does the judgment say?

The Supreme Court has ruled that the prorogation on 9 September was “unlawful, null and of no effect”. The effect of that finding is that Parliament is not prorogued and is still sitting.

Does that mean that the Agriculture Bill is still in progress?

Yes, it does. The parliamentary session is still continuing, and the bill is still making its progress through its various parliamentary stages. The bill was amended in Public Bill Committee last year, and an amended bill, incorporating those changes, was published on 21 November 2018. It is this version of the bill which will go to Report Stage in the House of Commons when parliamentary time permits.

However, it may well be that Parliament will be prorogued again in order to bring the current session to an end. It is to be hoped that, if this happens, a motion to carry the bill over in its amended state will be agreed. This would avoid the bill having to start its parliamentary journey from scratch in any new session.